We are still looking for more players to complete a few D2 teams before we start our Fall Season on Sept 13th.

Get in touch with me if you are interested at jpare@emory.edu 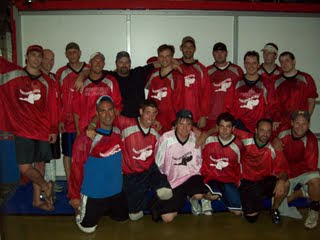 Congrats to the members of the ATL squad who won the Bronze division title in Ocean City, MD. The squad, formed by 9 guys from Atlanta and 6 guys from Pittsburgh, tied their first game 2-2 and lost their second 5-0 giving them the fourth seed in the bronze division.

Congrats for a job well done!

Fall is almost here and it sure means our weekend league will resume soon...Sept 13th to be exact!

It will most likely be in Alpharetta again since the P-ville rink in Norcross isn't quite ready yet...

If you are an individual interested to join, get in touch with me at jpare@emory.edu