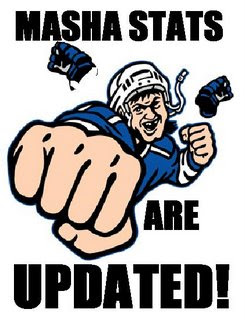 NO GAMES THIS SATURDAY MARCH 31st or NEXT Sunday April 8th!

MASHA's time at GSC aka Atlanta Silverbacks Sports Center is unfortunately over now...

Due to the LARGE amount of players who will be on SPRING BREAK the next week or so, we felt it was in the best interest of all MASHA players to postpone games til after the Spring Break and Easter Sunday!

There are NO GAMES this Saturday March 31st at GSC!!!

We will FINISH up the regular season on Sunday April 15th at Pinckneyville Park in Norcross!
Then we will start the playoffs...

STATS WILL BE UPDATED ASAP! And meet our new MASHA ref Taffy! 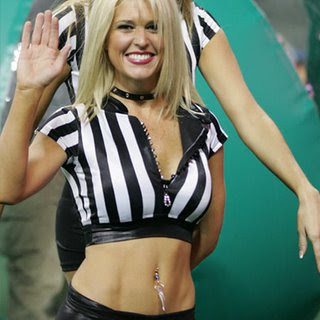 Sorry for the delay in getting the stats updated! With this website down for almost a week, things got a little crazy and we couldn't access it to upload the stats through week #7. We now have everything through week #9 and things will be straight by Wednesday night!

ATLANTA CUP is a HUGE success!

MANY many thanks to all the players who traveled from out of state to play in our reborn ATLANTA CUP streethockey tournament! Things went well and we hope everyone enjoyed playing in the tourney and will return next year!

This tournament would NOT have been possible without a tremendous amount of work from Sean McKaharay who had an ATLANTA CUP dream...and made it a reality!

In the D1 Division MASHA's own ORANGE CRUSH took the Championship over RSHL's D1 squad, while in the D2 Division, 2 MASHA squads faced each other as the FELONS defeated the RED WINGS to take the title. Thanks to all the team captains who put in ALOT of effort to get teams together and get them to the tournament!

MASHA hopes to start sending more teams on the road so if you're going to be having a tournament this year or next, especially if you're in the southeastern USA, then PLEASE let us know and we'll get a team together!

Thanks again for everyone that participated in the ATLANTA CUP this weekend and we hope you all made it home safely!

THE ATLANTA CUP IS HERE!!!

That's right...the wait is over!
The ATLANTA CUP
returns after a 15 year absence THIS Saturday and Sunday March 17-18 up at Atlanta Silverbacks Sports Center in Suwanee, Ga.!

Come see teams from New York, Philadelphia, Washington D.C. and Tampa, Fl. battle against our homegrown squads for the right to hoist the ATLANTA CUP over their heads in VICTORY!

It should be a Festive and Gala Jamboree of Streethockey insanity so come out and catch all the action if you're NOT on a team!

Unlike fellow MASHA players who SAY they'll retire but NEVER quite make it official
(Horrell and Gumby to name a few...)
cagey aging veteran Tom "69" Gramling has decided to hang up his MYLECs while he's still at the bottom of his career. Though his beloved HEADHUNTERS are in the midst of a resurrgence after a TRAGIC Fall 2006 season, Gramling's tumultous personal life has kept him from playing a single game this season. Though he refused to talk about his personal demons, he did say that were it not for the terms of his probation he WOULD have been out there on the rink for the HEADHUNTERS this season.
Vaya Con Dios old friend...you're one of the "Good Guys" of MASHA and will always remembered fondly in our hearts. Just stay away from our kids, O.K.?

Unfortunately we're ALMOST at the end of our tenure at GSC, but we've still got a bunch of VERY good games this weekend AND
the ATLANTA CUP National Streethockey tournament
coming up NEXT Weekend March 17th, 18th!

Sean McKaharay has done a TREMENDOUS amount of work in getting this tournament together so JUST before you cross-check him to the floor during a game, give him a hearty slap-on-the-back in thanks for the monumental effort he's put into getting the ATLANTA CUP back on the North American Streethockey map!

Games for Sunday March 4th are...

As you MAY or MAY NOT know...Atlanta Silverbacks Sports Center aka GSC where we've played all our MASHA games the last 2+ years or so, is going ALL-SOCCER as of April 1st and they're turning their hockey rink into another indoor soccer court.

so MASHA is looking for a NEW home again...but we're already in talks with several facilities so the league will roll on as usual.

Our playoffs will be shortened due to the lack of rink time at GSC so Sat. March 31st will be our FINAL day of MASHA hockey at GSC, and it will be a Gala Festival of Streethockey...a MASHA BASHA mixed with an INDOOR WAR! More in this to come in the next week or so...